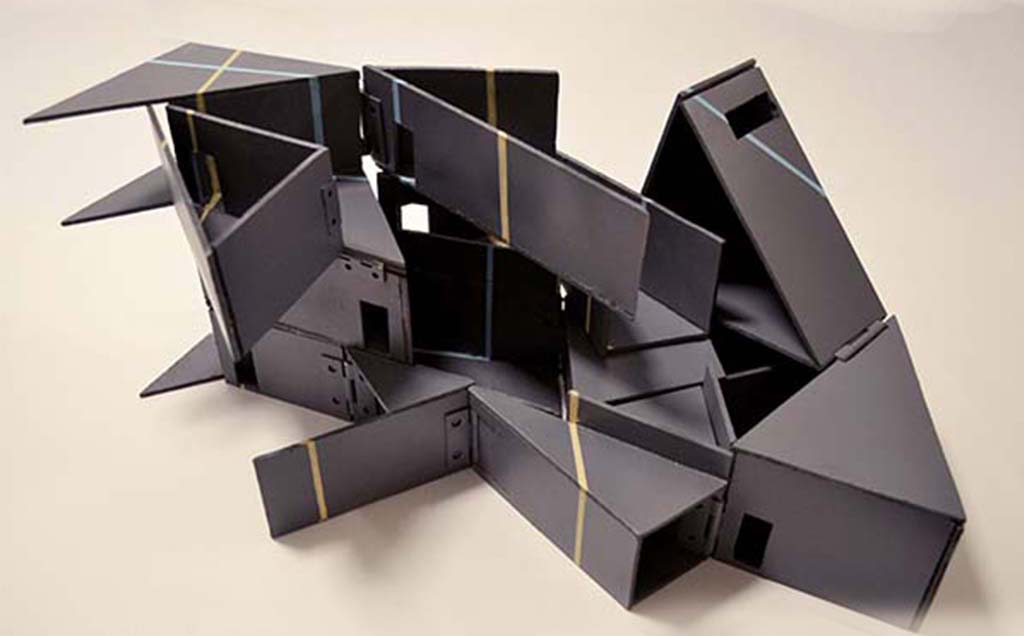 Sunfall is organized by Lost ideas that do LARP in Germany, Italy and Denmark. In 2018 we were met by unforeseen obstacles. During the planning period, we had it in mind that our German event is being held at a military base that in itself is an incredible setting for a post-apocalyptic role-playing.

It would not be possible to mirror a setting like that in Denmark, so we chose to go in a different direction. We chose to aim for a urban play style setting, where we could have our players together on a smaller area and thereby creating a dense feeling of a post apocalyptic city. It also allowed us to use our resources better. One of our core values according to our scenography is to be as convincing as possible. We work from the concept “What you see is what you get.” With that we aim for players to experience a 360 ° illusion. To create an environment that’s strengthening the game design, we worked with spatial design. Here we dug into three main themes: overlapping areas, games creating setting, availability.

For us it is important that the game flows undisturbed, the players should be as little in a meta state as possible. We don’t want them to think about rules, constraints and the off game mechanics that encircle the game. We work with user experience and intuitive use of our space design. But it’s still very important that there are different areas for the different gaming experiences, so that they do not collide with each other. Players must intuitively be drawn to the gaming experiences they would like to attend.

Instead of working with usually technical rule design to achieve it, we work in the physical environment. In Sunfall we have two main games experiences: combatant and non combatant.

In the non combatant area we made spaces as small and decisive as possible, so that there was not room to fight. In addition, we use small cabins and caravans so that the furniture, walls and equipment stood in the way of fighting.

In that area we alså place all trade shops, and merchants. Therefore it would not be advantageous for the merchants and traders that there are fighting games in front of their shops. That way the players are part of the solution ingame to control the fighting game, through physical design. The combatant area is designed so it’s clear when you stepped out of the area. Again, it’s important for us that it is subtle and intuitive transition. It’s was basically just a door in a wall that encircled the city, but because that’s a physical barrier it’s easy for the players to recognize where the different zones are.

We place groups as far away from their daily mission area as possible. So they needed to walk as far as possible, and that the direct route would go through areas where they would face conflict. To enhance the gaming experience we placed player groups that had great option for conflict as close as possible. Here we aimed for trading, intrigue and non combat based role playing, We designed the area so it was unfit for battle by gathering so much people traffic that there were no space for it.

The game creating environment has a lot to do with the overlapping areas. It’s basically that we optimize the surroundings, for the gaming experience we want in different game areas. Eg. For the combatant games, we make sure to put that far away from the intrigue games. By optimizing the conditions for combat in a different area, by putting up covers and optimal infrastructure for shootouts or brawls.

It’s in our belief that there has to be room for all kinds of players. We have special regard to that walking-impaired and wheelchair drivers must have access to all games areas.

Therefore we designed so as few altitude differences as possible and inlaid ramps on those that were.

About the Author: admin